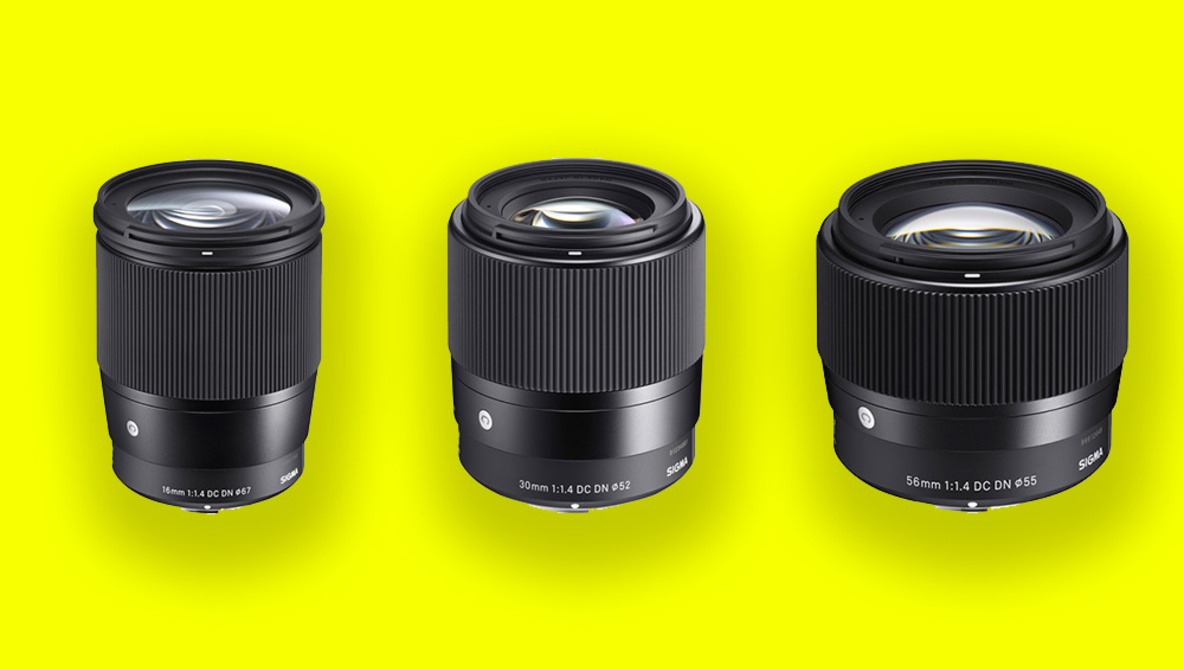 Sigma has announced that it will be launching three new lenses for Canon EF-M mount: 16mm, 30mm, and 56mm f/1.4 primes that will fit Canon’s compact range of M-series cameras.

These fast prime lenses are Canon EF-M versions of Sigma’s existing primes for Sony E-mount and Micro Four-Thirds,and will no doubt be a welcome addition to the limited number of EF-M lenses currently available. At present, Canon makes a mere eight lenses for its M range: five zooms and three primes, of which only one matches the f/1.4 aperture of Sigma’s forthcoming glass.

Sigma states that it has developed a new and exclusive “control algorithm” that will optimize autofocus performance and data transmission. While Sigma claims that these new lenses will match the quality of their Art line, it seems that none of the three will feature image stabilization. Given the assertion that they do indeed match up to Sigma’s Art lenses, you might not be surprised to learn that these are not small, lightweight lenses. The largest lens, the 16mm f/1.4, has a 67mm thread and weighs 14.3 oz (405 g).

Strangely, the English language press release lacks certain details that have been included in the Japanese version. The lenses will be available as of October 18, and appear at first to cost a little more than their Sony E-mount and Micro Four-Thirds counterparts. For example, the 16mm f/1.4 will cost 57,000 yen — that’s $534.

Canon EF-M shooters are still waiting for better options when it comes to a standard zoom and a telephoto zoom. If you’ve thoughts on if and when this gap might be filled — whether that’s by Sigma or Canon itself — leave a comment below, plus any other opinions you might have on why Canon is proving so slow at expanding the EF-M lineup of glass.