Five Reasons Why I Prefer Prime Lenses for My Photography 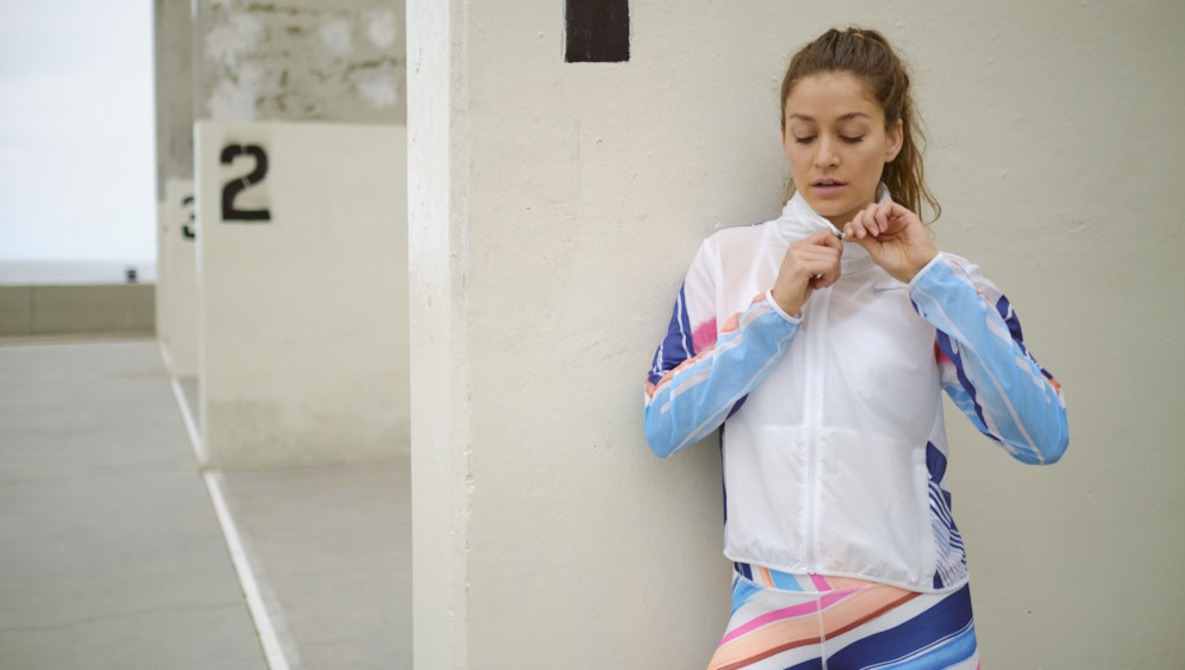 The eternal debate: to prime or not to prime. Here are a few thoughts on why less can often be more.

I understand the question. Why on Earth would a photographer ever limit themselves to one focal length when you can have an entire range? Why would you restrict yourself to the rather arduous task of taking off and putting on a series of different lenses when you can accomplish the same focal length changes just by turning a comfortably rubberized ring? Why carry multiple individual pieces of glass when one could just as easily do?

You do have a point? I suppose from a purely practical point of view, the ideal lens would be one that zooms from fisheye to 500 millimeters, weighs only a pound, and opens up to f/1.4. This lens doesn’t exist (at least, I don’t think it does). But, I suppose, if it did, the idea of having one lens to rule them all would be undeniably appealing.

And it’s not that I don’t love a zoom. If you’ve read any of my previous articles, it’s likely you will have heard me groaning on about the weight of my Nikon 24-70mm f/2.8, but the reason I even have it in the first place is because it is one heck of a versatile lens. It’s one of my first choices when working with a model in the studio and being tasked with getting a lot of shots in a short period of time. Full, medium, closeup, boom. All without ever having to change my position.

Truth be told, I would much rather zoom with my feet, but the old knees aren’t what they used to be. So, often times, working with a zoom is less a matter of creative choice and more a matter of avoiding the 14-hour parade of air squats necessary to complete my shooting day.

Some would argue that prime lenses deliver a sharper image than zoom lenses. This may or may not be true. As a lover of primes, I’d like this to be true. Although, I think it would probably depend on which zoom and which prime you were comparing. Also, in actual practice, I can’t say that I’ve ever perceived a noticeable difference in sharpness between images I’ve taken with a zoom and ones I’ve taken with a prime. Maybe if I went image-by-image to pixel-peep. But who has time for all that?

So, given everything I’ve just said, why do I continue to find myself leaving the house with just a prime lens for so many shoots? Well, here are five quick reasons why I often leave my zoom at home. 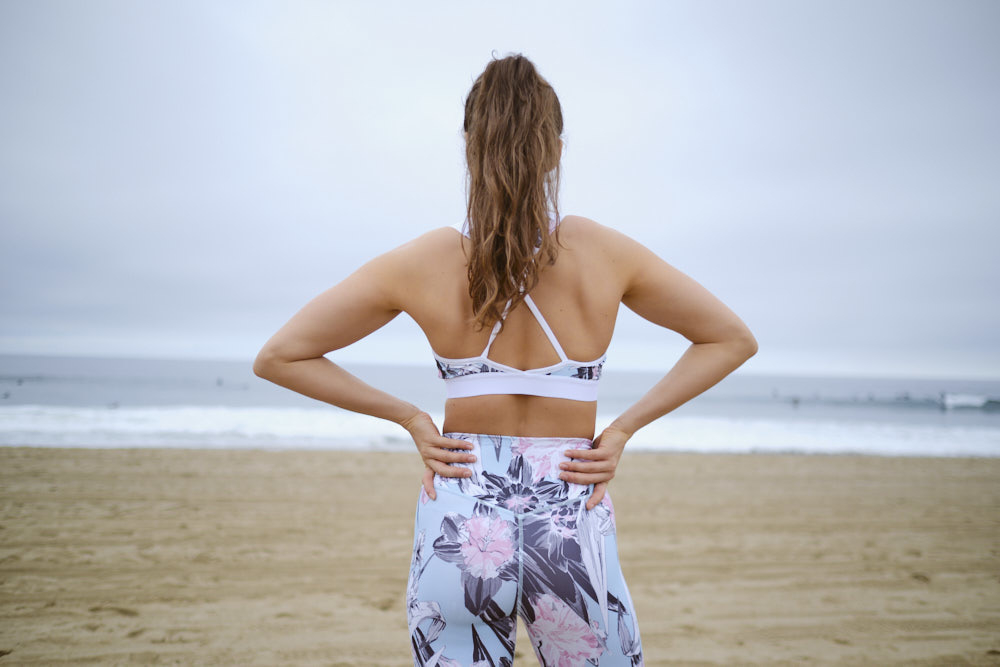 Two simple truths in life. Photographers all love bokeh. And every human being on the planet would rather spend less money than more money.  Unless you’re trapped in some kind of weird Brewster’s Millions situation.

I’ve owned all sorts of cameras over the years and all sorts of lens mounts. And the very first lens I’ve bought for every system is a 50mm prime (or the equivalent depending on sensor size). Why? Well, these lenses are almost always the least expensive. Some of them are so cheap that it’s almost criminal not to buy one. They also generally come with very low apertures. So, you can easily get into a 50mm f/1.4 for far less than you can get into a zoom lens with a comparable aperture (if a zoom like that even exists for your system).

This faster aperture is great if you need to shoot in dark clubs or in the dark of the night. Or, if you’re like me and are sound asleep by the time the sun goes down, f/1.4 can be used in broad daylight as well to deliver smooth bokeh for your portrait sessions and really point the viewer’s attention where you want it.

You can get zoom lenses that also deliver beautiful bokeh, but they generally are going to come at a much higher expense.

Those zoom lenses will also arrive at a much higher weight. It’s not that my Nikon 24-70mm f/2.8 is heavy, relatively speaking. It’s a fast, constant aperture over a very desirable focal range. To deliver that in full frame requires quite a bit of glass. But while it may save my knees in the studio, it also begins to wear on my neck and wrist after a while from carrying the system around my neck and having to keep tilting up the somewhat front-heavy camera and lens combination to take each shot.

Toss on a light prime (35mm, 50mm, and 85mm are my standards), and you are suddenly holding a much more manageable system. If you’re shooting all day either in the studio or out in the streets, you will feel a lot more nimble on your feet. Yes, you may need to zoom with your feet, but that is a far less demanding task when you’ve cut the weight of your lens in half or more. 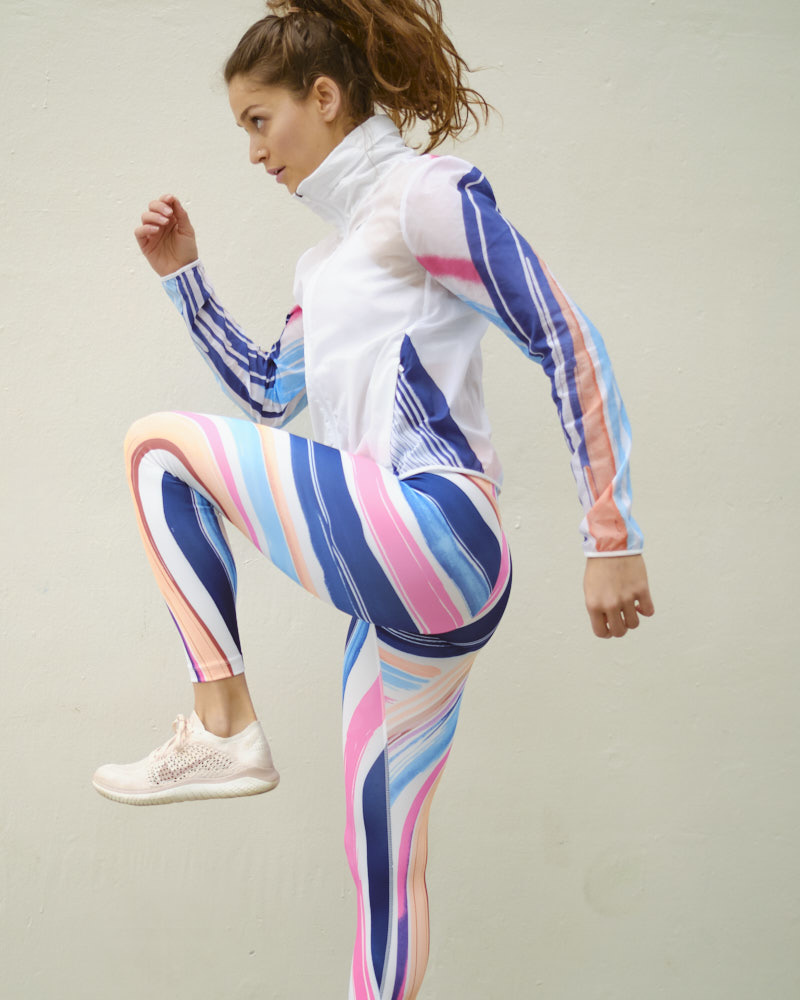 Keep a Consistent Point of View

While the first two points are pure practicality, the final three points are the real reasons I like to use primes whenever I have the chance.

Another reason I love the 50mm focal length is that, for me, it feels closest to the natural field of view of my eyes. In other words, when I look through the camera with a 50mm attached, it is very similar to how I see the world with no camera at all. Some feel that the 35mm is closer to the field of human sight. I wouldn’t necessarily argue. But for me, the 50mm feels right. (Actually, the 40mm feels perfect, but those aren’t always available from all manufacturers).

So, mounting a fast 50mm to my camera allows me to simply concentrate on seeing. I don’t have to worry about focal lengths. All I have to do is keep my eyes open and see possibilities. When my eyes grab onto a beautiful frame, all I have to do is raise the camera to my eye, and my shot is already composed.

If you maintain this focal length for long enough, this consistency will eventually form the backbone of your style and your aesthetic. Clients looking to hire you may not be able to identify that all the shots in your portfolio were shot with the same lens, but they will start to feel a level of consistency. Suddenly, that focal length will start to feel like you. The more the viewer feels you in your photograph, they more they will connect with it.

Sticking to a prime allows me to show my point of view and to shoot at the speed of thought.

Slow You Down and Force You to Focus on Composition

Using only a prime lens can also slow you down. The benefit of shooting with a zoom is that I can quickly change my frame with the flick of a wrist.  I can shoot, shoot, shoot, without much thought to how different lenses convey different emotions in the final image. If there’s something undesirable in the frame, I can simply push in and crop it out without regard to the rest of the scene. In that way, it’s far closer to taking a snapshot.

This can be really good as it can help you move faster. It can also be bad because, if you’re not careful, you can get lazy. Sure, you can push in past that awkward pole in the frame and get a cleaner shot of the subject, but how does the model now being framed with a 70mm lens alter the feel of the final image versus at 35mm? Yes, you’ve gotten rid of the pole, but what about that tree that was providing a subtle frame within a frame in the background, which also got cut out with the zoom?

Having a fixed focal length and being forced to move with your feet can slow you down and invite you to consider the total composition before taking the shot, which can pay major dividends in the long run. 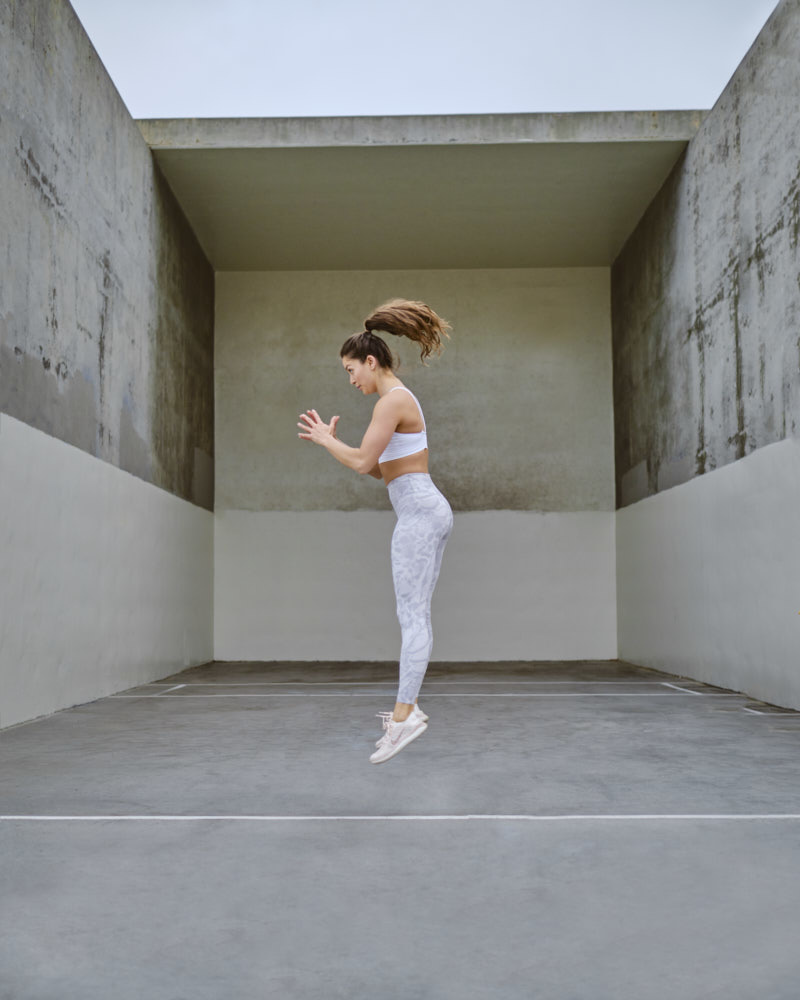 Limiting Yourself Can Actually Free You to Be More Creative

This is the most important reason why I use primes and the most difficult to explain.

Seemingly every week, camera companies put more and more technology into our hands with the aim of making it easier for us to capture beautiful images. These advancements, from faster zooms, to better autofocus, to in-body image stabilization are all net positives. It’s always nice to have more options rather than less.

But sometimes, less is more. We often try to solve our creative droughts by simply throwing more technology at the problem. If I only had this lens, I would be able to do so much more. But, more often than not, the best course of action is to actually strip away options and simplify.

Think for a moment about a basic analogy. We want to end world hunger. Well, how do you do that? When you start to devise a plan and start trying to calculate the entire population of the Earth and all of the various situations people find themselves in, the whole thing seems incredibly daunting. The sheer scope of the global problem can be so overwhelming that it causes paralysis. No one can fix all that, so why do anything?

Instead, if you decide to take one neighborhood at a time and say “how do I fix the food shortage in my community,” or my city, or my state, or country, suddenly, the problem seems more reasonable. You have a clearer view of the facts. You can really dig into the problem a bit more and be more creative based on the task at hand. Limiting your scope has actually broadened your vision. You can now address the problem.

If you repeat that process multiple times, you can eventually expand your reach by applying the same focused approach situation by situation. Then, eventually, you’ve cured world hunger.

This is obviously a very broad metaphor, but you get the point. If you’re trying to photograph the true essence of a subject and you have every tool under the sun with which to do so, you can find yourself creatively overwhelmed with the possibilities. Do you zoom in tight on the eyes just because your new fancy zoom has a macro mode? Or do you pull back to the widest end of the barrel to take in the bustling streets behind the model? Or do you do something in between? So many choices. So many options.

Try taking away some of those options, and it can refocus you on the objective and take you out of worrying about the technology. Forget for a moment what your gear can or cannot do. Think about the subject. What is the story you are trying to tell? What is it about this person specifically that deserves to be immortalized on film? Regardless of how close I “can” zoom, how far “should” I zoom with my feet to tell the most compelling narrative?

You still have an infinite number of choices to make. Shooting with primes just helps to remove some of the variables and help you mentally zoom in on what’s important.